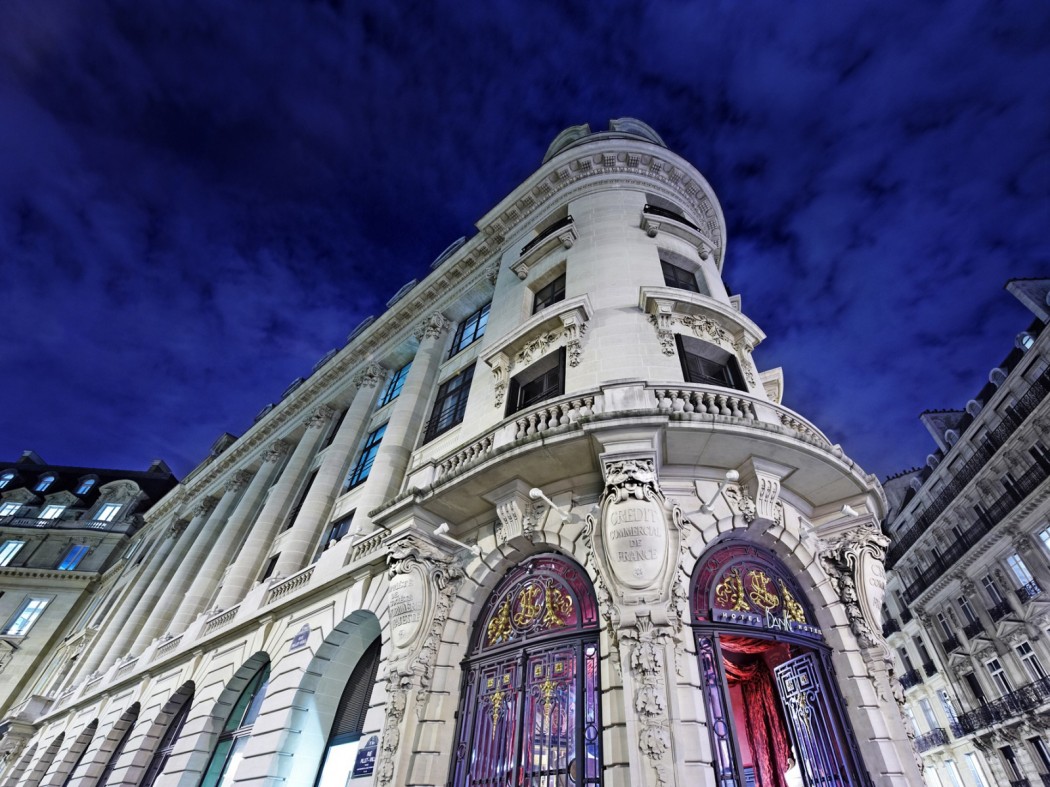 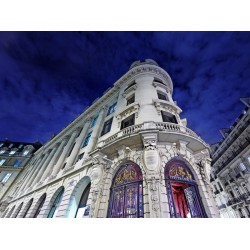 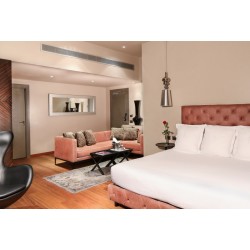 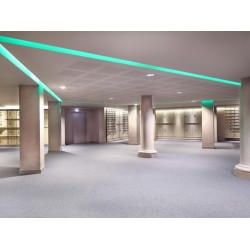 Description of the conference facilities and meeting rooms

The Hotel Banke has several modular halls with a size between 27 and 250 m2 and a capacity for 8 to 180 people. Decorated with high-tech materials and state-of-the-art technology, it offers a full range of services for all types of events, both business and private. The first floor Salle du Conseil offers spectacular views of the hotel lobby. The other rooms are located in the first basement. These are the La Fayette, Haussman, Alcove 1 and Alcove 2 halls. The most impressive room, however, is undoubtedly the Salle des Coffres Hall, a 250 m2 multifunctional hall containing the safes of the former bank of the building. This unique hall has a separate entrance with capacity for up to 180 people and several design options to suit the needs of the client. An original and charming environment where every kind of event can be performed, from cocktail parties to exhibitions and presentations to private parties.

Hotel Banke is an elegant 5-star hotel located in the Opera district, one of the most luxurious shopping areas of Paris, just a few steps from Place Vendôme and around twenty minutes from the Louvre. A historic place where, in the 18th and 19th centuries, the gardens of Queen Hortense, the wife of Louis Bonaparte, stood. And it was in this city palace that Napoleon III was born. The palace was demolished in 1899 to create Rue Pillet-Will. The bank is in a designed by the architect Paul Friesé and Cassien Bernard, former bank building from the early 20th century, which was converted in 2009 into a hotel. Its majestic façade rises above the crossroads of La Fayette Boulevard and Rue Pillet-Will, conjuring up the magic of Parisian Belle Époque. The hotel is distinguished by its spectacular lobby under a glass dome and the refined design. The interior features walls in creamy and chocolate tones, purple curtains, plaited leather rugs, damask leather headboards, marble bathrooms and a selection of designer furniture. The decoration combines elements of the original architecture with a contemporary design and revives the Haussmann style. The hotel also has an extensive art collection and historically valuable jewelery of various cultures from around the world, including pieces of Egyptian, pre-Columbian, Roman and Buddhist origin.

other conference hotels in the area